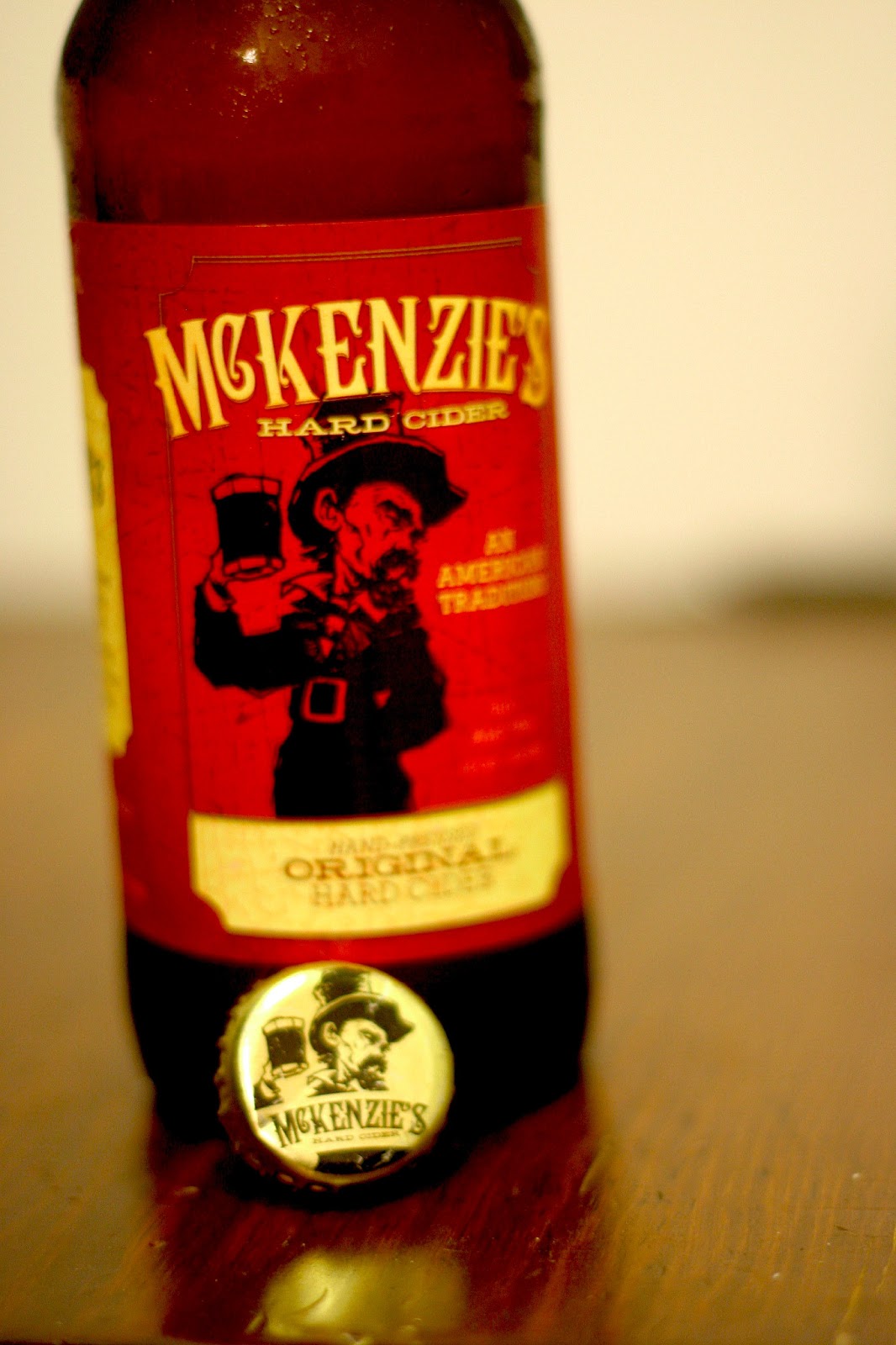 McKenzie's Cider is made in Seneca, New York. You can visit their website here: http://www.mckenziesbeverages.com/ The company has been in business since a fairly tumultuous start in 2011 (I'll let you Google it if you care), but since then they've gone on to win a fair number of cider awards for a few of their varieties. I decided to review them tonight in no small part because a my very best friend just added a different McKenzie to her name. Congrats you guys!

As I like to do, for my first encounter with this brand, I'm tasting their mainstay cider. For McKenzie's that is their Original Hard Cider. It has and ABV of 5%. Unfortunately, I'm not seeing a lot of information about their apple selection, but I do know they work with Mayer Brothers which is a long-standing Western New York apple company, so I imagine they have access to primarily dessert apples and concentrate, but that's speculative. What I cannot find out in print hopefully will be countered by what I can taste. Let's find out.

McKenzie's Original has deep intense color. It looks like the inside of a nectarine or even like the slightly orange tinted yellow of a yellow caution light. An interesting color. 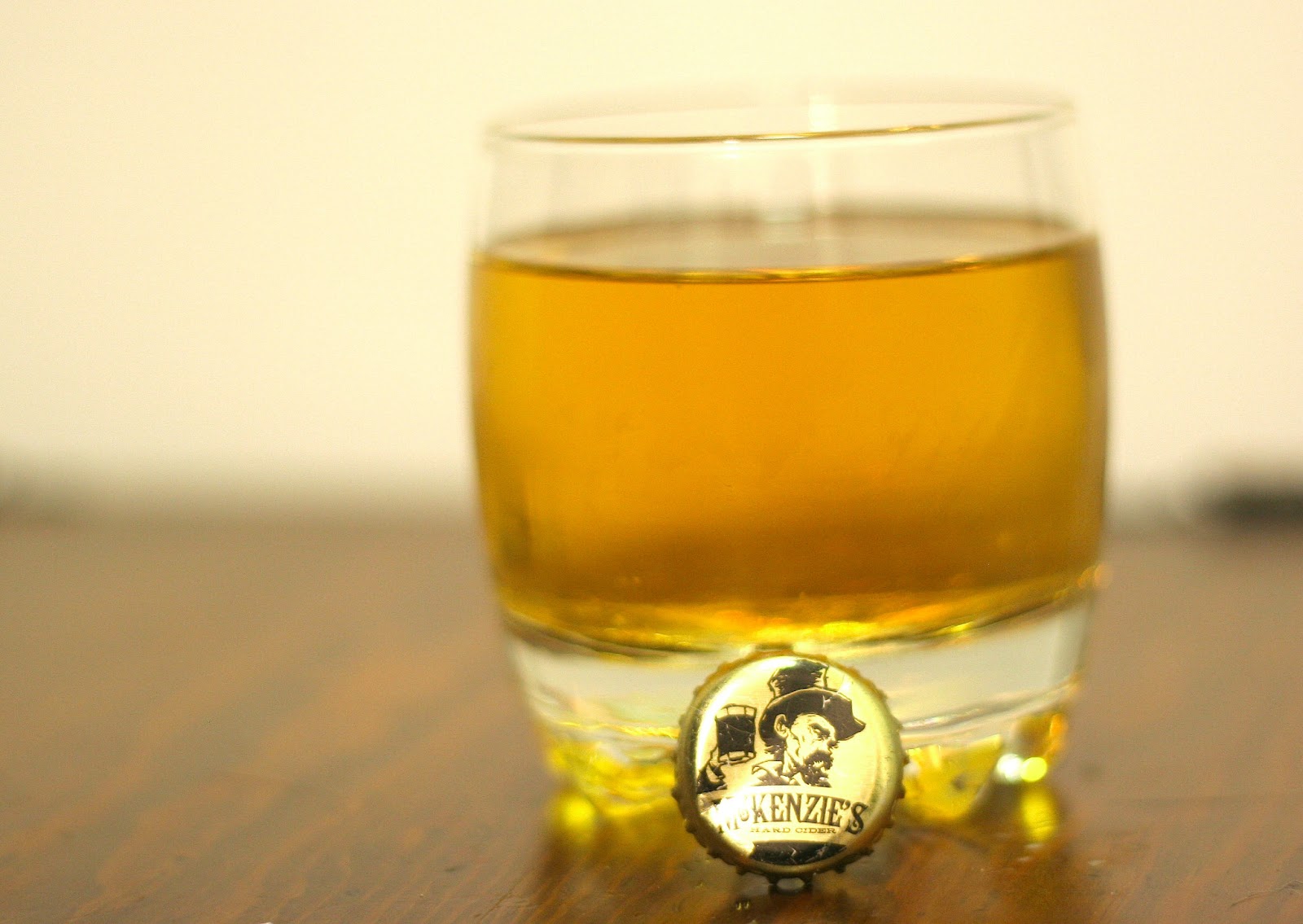 Aromas: fresh apple smell but not strong, a hint of estery smell

McKenzie's smells beer-like at first, but then a bit of sweetness creeps in. It's a bit like the floral or fruity end of an alcohol smell, closely related to a vinous smell but lighter and more floral.

The sweetness specifically reminds me of Strongbow. It is decidedly drinkable, especially on a warm day.  The cider coated my palate a bit, but not in an overly sticky way.

I can taste the apple more than I could smell it, which is good for this still fairly beer-like cider. McKenzie's clearly followed a fairly mainstream English cider making tradition with a goal of an extremely approachable beverage. It reminded me of several large scale American cider companies, which is not a bad flavor profile for a sweet beverage.  I enjoyed the slightly caramelly element to the fruit forward beverage. At the base though, I could definitely taste a slightly tang of minerals.

Drinking Experience: Not too much carbonation, quick

This flows directly from my comments on the sweetness. McKenzies is a very fast cider. The low ABV and level of carbonation make it easy and quick to drink.  It has a medium body that goes well with a variety of foods. I had my cider with a cheddar-topped veggie burger and strips of red bell pepper. In terms of function, this is a good choice for an after work cider, especially if you want to share cider with coworkers, neighbors, or friends who aren't familiar with the beverage.