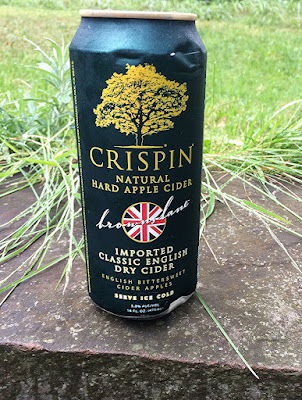 It has been so long since I've reviewed a Crispin cider that I feel like the whole cider world has changed! Crispin used to be a Minnesota cider company. At some point they bought the perry company Fox Barrel. The whole time I've been reviewing them, they've been owned by MillerCoors, but they have tried a few different things with the brand in that time.

I've had some great experiences with Crispin Ciders and tasted a few that weren't really compatible with my preferences. But I've always head about more interesting Artisanal limited release ciders than I've seen for sale. Many of these are differentiated either by interesting yeast choices or experimental barrel-aging techniques.

Here are all of my previous reviews of this brand, some of which go pretty far back:

The Saint: http://alongcameacider.blogspot.com/2013/05/cider-review-crispin-ciders-saint.html This review of a fun and approachable cider includes the first appearance of any of my cats in a the blog!

Georgia: http://alongcameacider.blogspot.com/2013/12/cider-review-crispin-georgia.html This was a wild cider that had so many flavors like mint and peach that it scarely felt like a cider at all.

Honey Crisp: http://alongcameacider.blogspot.com/2014/01/cooking-with-cider-crispins-honey-crisp.html This is a different post as the Honey Crisp cider was used to make a cider maple glaze for scones as well as for drinking.

You can read about Crispin on the website: http://www.crispincider.com/

One bit of evidence for the change since I started reviewing Cripin can be seen in thattwo of my other previous reviews were then Fox Barrel Perries but are now Crispin Pear Ciders!

And the first Perry review I ever wrote Fox Barrel Pacific Pear: http://alongcameacider.blogspot.com/2013/07/and-now-for-something-completely.html

This is how Crispin introduces their Browns Lane.


Crispin Browns Lane is a dry, classic English style cider made from traditional English bittersweet cider apples. Named for the original Jaguar® auto factory in England, it pays homage to the great motor-racing heritage of Britain.

Now I'm curious to see how much I will agree or disagree with these fairly specific descriptions. 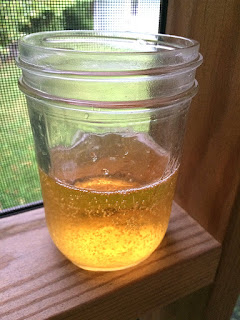 This cider pours with a lot of exciting effervescence! The color separates it immediately from most american ciders because of the depth and vibrance of that popcorn kernel color. I'd also call the cider brilliant which is the style of some english cider but far from all.

This smells mild but distinctly like more English ciders. Smells a little sweet and musty and cooked but in a very good way.

Definitely semi dry and definitely drier than other Crispin ciders including their Brut.

I like how this cider is a little bitter, a little aged, teensy bit funky but fruity well balanced mellow and semi dry. I think I like more it than any other Crispin cider.  A cider that reminds me of baked apples and hints of barrel richness that don't go overboard is a good thing. 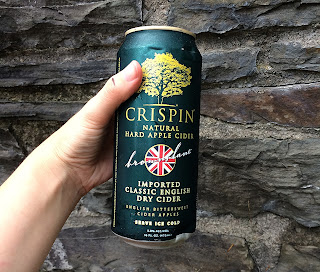 For pairings, I've had this one a few ways, but my favorite was drinking this with friends while watching the excellently silly film Pride and Prejudice and Zombies (http://www.imdb.com/title/tt1374989/). But I could also make some more taste oriented suggestions like a potato and mushroom frittata, which would would go rather well with this cider or a vegetarian roast once the weather cools off just a bit more. I'd rather pair this with rich and salty flavors than things too light or sweet.
Posted by Meredith at 7:34 AM