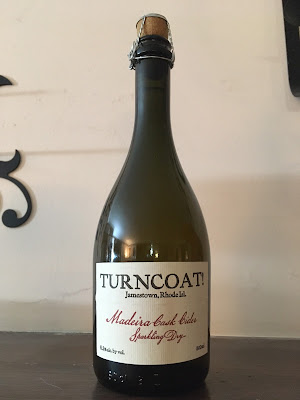 It’s not everyday I get to try a cider that’s as new and mysterious as Turncoat Cidery’s Madeira Cask Cider. I wanted to try something new on a dark winter night in that strange time of lull after the holidays.

Turncoat Cidery is an up-and-coming small cidery on Benedict Arnold’s historic farm, using all Rhode Island apples. Madeira Cask Cider intrigued me especially because I’ve never actually tasted Madeira. For me, it's always been one of the near infinite list of beverages that show up in novels that have piqued my curiosity for years. For some additional background information, I turned to both online sources and Turncoat’s cider maker.

I’ll link to Turncoat Cidery’s website more for the future than for the present: https://turncoatcidery.com/

Here’s what the cider’s label reads.

Madeira Cask Cider Turncoat ciders are made from heirloom cider apples grown at Fox Hill Farm, a beautiful saltwater farm at the base of Narragansett Bay, Rhode Island and the colonial era farm of Benedict Arnold. Today we honor the traditions of cider making past through thoughtful blending of bittersweet and bittersharp apples to give our cider both nuance and character.

This particular cider went into the bottle about 6 months ago. 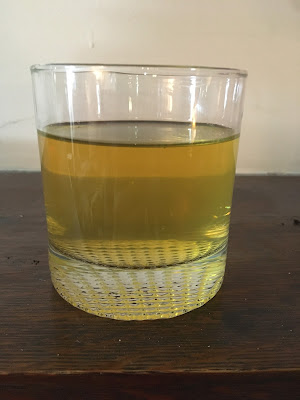 The Madeira Cask Cider’s color reminds me of perfectly baked shortbread; its golden but gently so. I don’t see any visible bubbles, and the cider has a soft haze.

These descriptors paint a picture for me, just like the Madeira Cask Cider’s aromas do. This is a story of mature, earthy and wild scents. Its very foresty with apricot, walnut, and mushroom notes. The cider doesn’t just smell like fairy woodland though; I also get petrol and leathery elements as well. I so appreciate the multi-dimensional funk going on!

This cider is dry. Don’t ask for it to be sweet.

This cider’s  flavors grow very naturally from its aromas. The Madeira Cask Cider has some of the barrel and oxidation-related notes more associated with Madeira itself: walnut, hazelnut, and orange peel. There’s more though; this cider is sparkling, with notes of lemon, barrel, and smoke.

This is a funky cider that I think will appeal most to fans of both UK cider profiles and genuinely dry ciders. Luckily for me, I’m very fond of both! I like the cider’s acidity, austerity, and challenge. The whole experience is angular and savory. It could stand up to a hearty meal beautifully, but the cider is complex enough to enjoy on its own. Lovely. 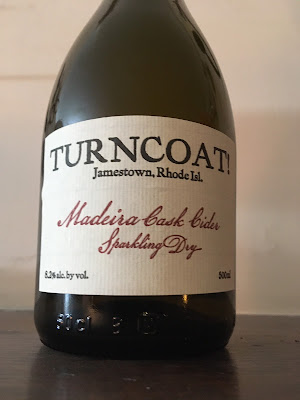