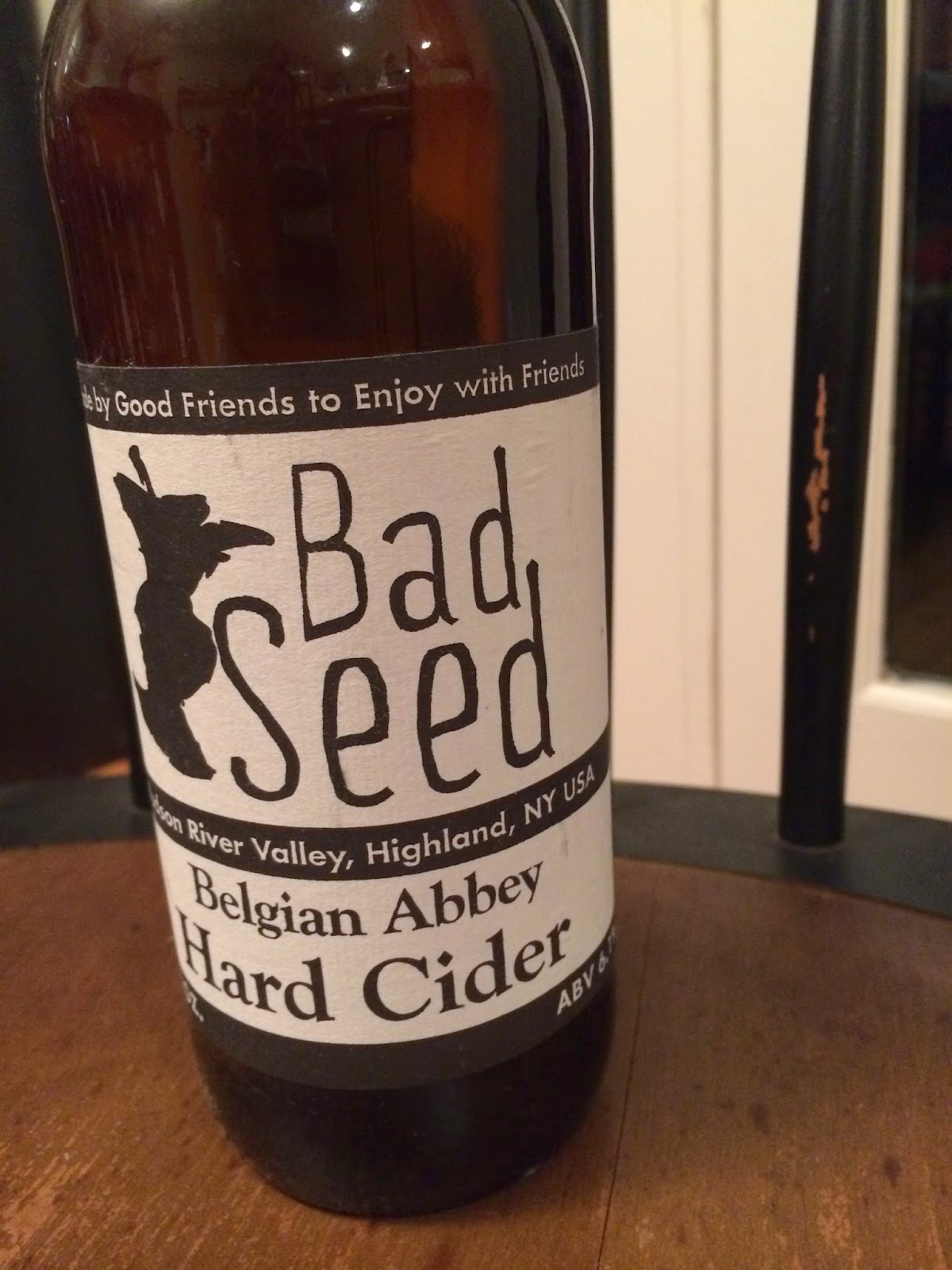 Though the Hudson Valley cider scene is physically close to us here in the Finger Lakes, I've felt surprised by the relative separateness of our cider scenes. Nonetheless, I always try to pick up these ciders when I see them for sale. Hence, my review of Bad Seed's Belgian Abbey Hard Cider.

The last time I reviewed a Bad Seed cider it was their IPC (India Pale Cider) back in September of 2013. You can read the review here: http://alongcameacider.blogspot.com/2013/08/cider-review-bad-seed-ipc-india-pale.html Theyve come a long way since then and even longer since Bad Seed was started by two friends in 2011. Now they even have website: http://www.badseedhardcider.com/ in addition to their Facebook page: https://www.facebook.com/Badseedcider.

In reading Bad Seed's website, the most fascinating writing I found says, "We seek to advance the craft cider industry through mixing both old and new cider techniques and craft beer influences. Making ciders from 100% fresh pressed apples grown by us on a 6th generation family farm with no Alchemy used, after all this is cider not science. You wont find the endless list of chemicals, artificial sweeteners, and excuses on our label because we don't use them." Alchemy, eh? I hadn't known that was a major issue in the industry, but what a fascinating idea.

This is what Bad Seed says about their own Belgian Abbey Hard Cider: "If Belgian Monks only found this the higher purpose of the apple, Crafted from apples grown in the Hudson Valley , fermented with a Belgian abbey beer yeast, unfiltered and bottle conditioned. Tart, tangy, Dry and a little off beat like a Bad seed should be." This cider has a very middle of the road 6.3% ABV, making it nice and easy with meals. 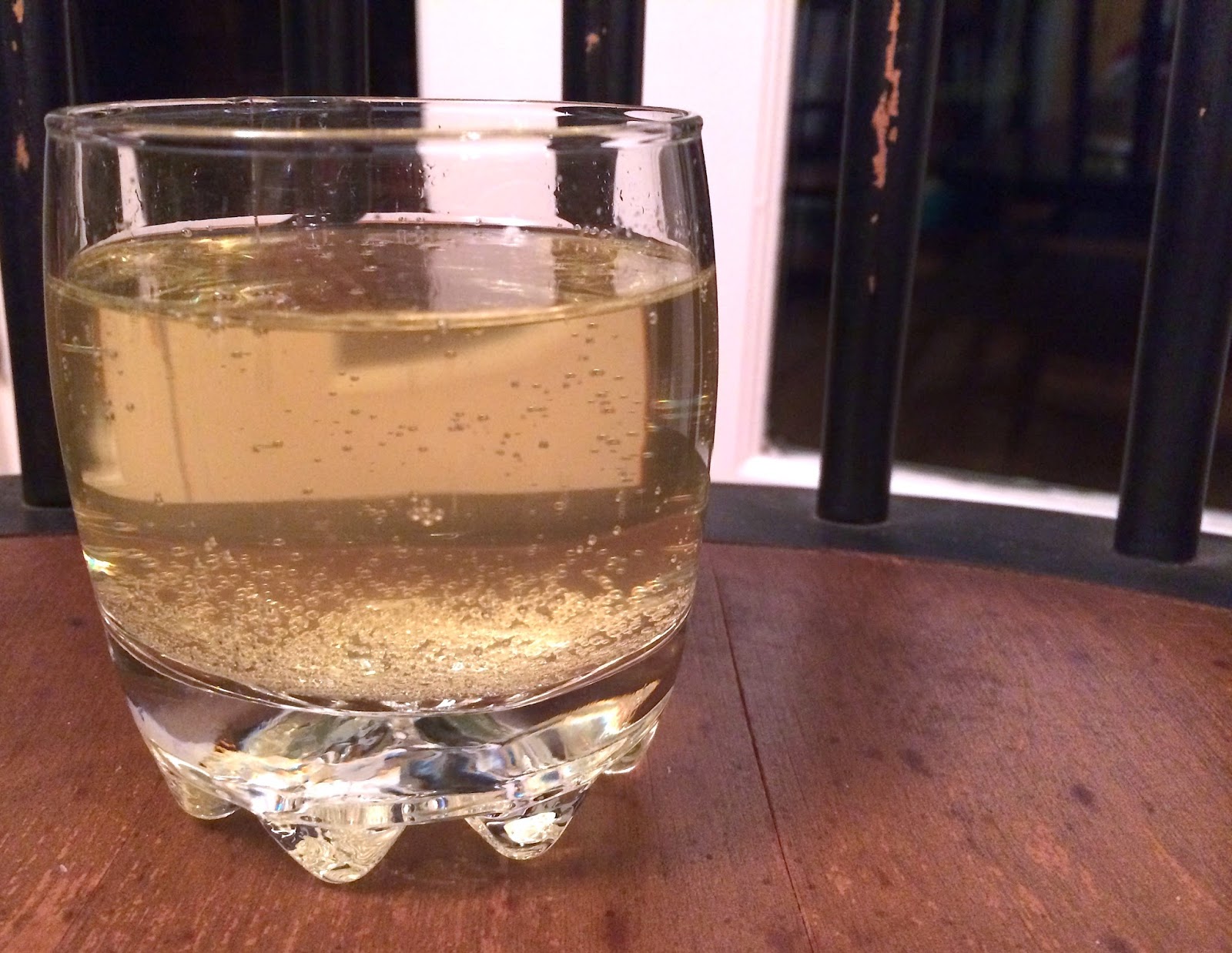 First and foremost, this cider smells like beer. Behind the intense beer smells, I can also detect some citrus and maybe maybe a hint of apple. Mostly though the yeast choice makes itself clear in the aromas of the Belgian Abbey Hard Cider.

Absolutely bone dry. Both from the copy on the website and the dryness of this cider, I'm confident saying that the Belgian Abbey Hard Cider has been bottle conditioned.

Unsurprisingly based on the aromas, this cider tastes very beer-like to me, mind you I don't usually drink beer. Somehow though, the bitterness and citrus notes just say beer to me. The Belgian Abbey is very bubbly too, but not very appley. This isn't a problem; ciders don't have to be very fruity or appley and this one is not. As I drink on, it seems almost burly and definitely burpy. I can taste hints of something savory: celery, fennel and pepper. And I get a consistent minerality. The only true fruit note is grapefruit pith. Very interesting. This cider is definitely low in tannins, medium low acid, and no sweetness.

My impression is that it is so dominated by the yeast choice that if you like that you'll like the cider and if you don't, you won't. The Belgian Abbey even pours with a lot of yeast at the bottom if the bottle when compared to other bottle conditioned ciders. 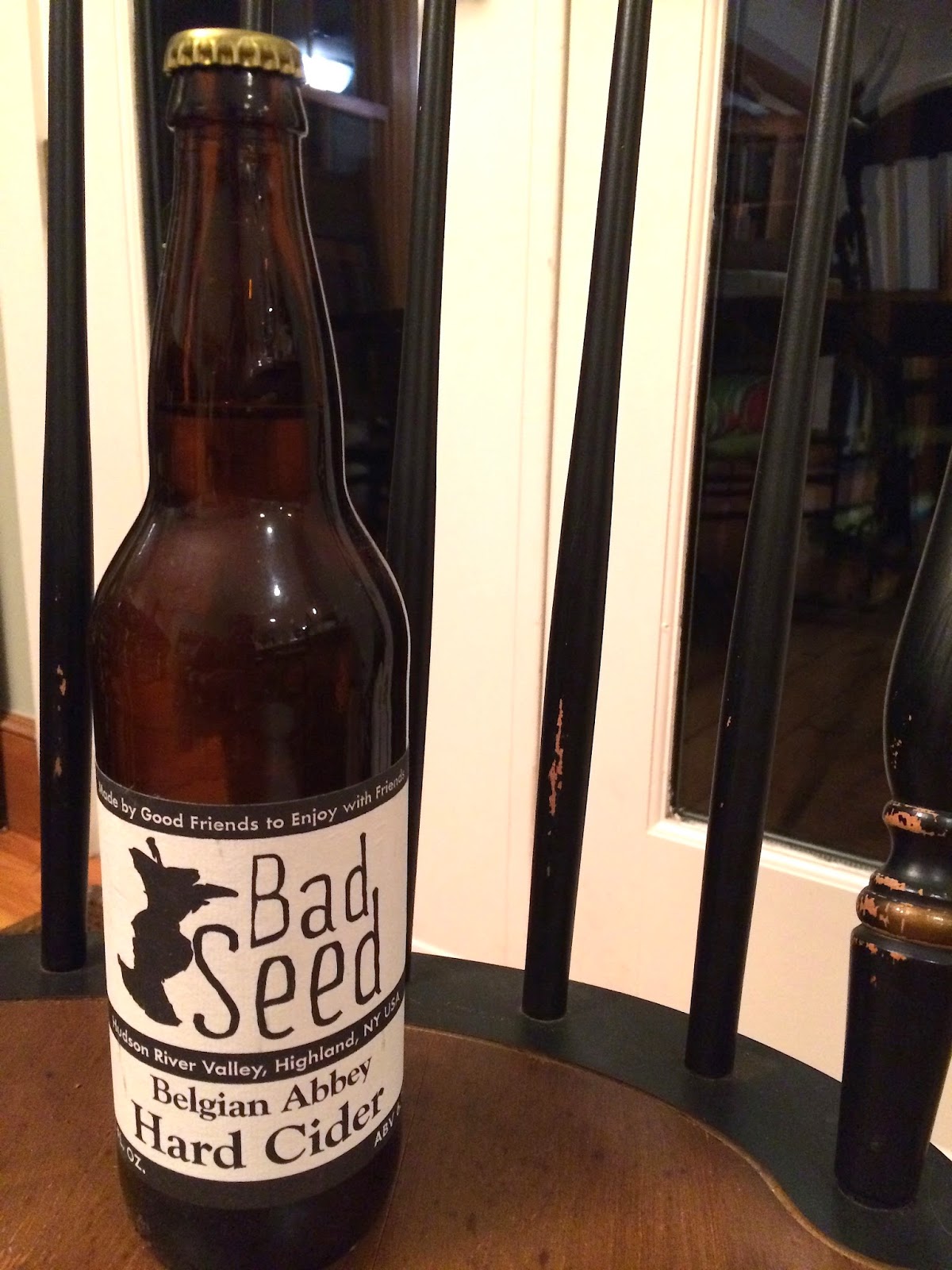 This cider made a great match with vegetarian chicken dumpling soup. I would always choose to pair the Belgian Abbey Hard Cider with salty food. Its combination of citrusy notes, extreme bubbliness, and bitter beery edge complement salt and heft extremely well. With food, I liked this one a lot, but I think it needs food: at least for me.
Posted by Meredith at 8:42 AM