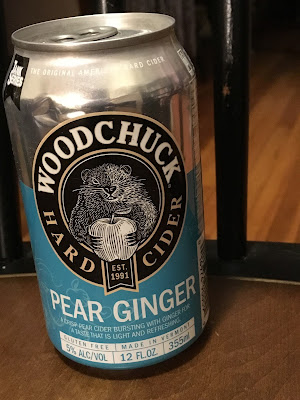 This week, I exist as a ball of anticipation. That’s entirely due to GLINTCAP coming up soon. For anyone who doesn’t know, GLINTCAP is the world’s largest cider and perry competition. And it’s the direct inspiration for my starting Very Perry May so that I could up my knowledge of perries and pear ciders. That tradition continues this week with a ginger pear cider and a heritage cider from the Hudson Valley region of NY state.

Starting with Woodchuck’s Ginger Pear means returning to the company I have reviewed as much as any in the blog’s history. Here are a few favorites.

I want to point everyone to my own personal heartbreak, the discontinued nature of their June and Juice: http://alongcameacider.blogspot.com/2016/10/cid10. er-review-woodchucks-june-and-juice.html

And the Local Nectar: http://alongcameacider.blogspot.com/2016/07/cider-review-woodchucks-local-nectar.html

The start of the Gumption line: http://alongcameacider.blogspot.com/2015/07/cider-review-woodchucks-gumption.html

In a super adventurous move, the Cellar Series Chocolate: http://alongcameacider.blogspot.com/2014/06/cider-review-woodchuck-cellar-series.html

For fans of smoked ciders, this was a fun one, the Cellar Series Smoked Apple: http://alongcameacider.blogspot.com/2013/12/cider-review-woodchuck-cellar-series.html

And if you we do have any more unseasonably cold weather, the Barrel Select: http://alongcameacider.blogspot.com/2014/01/cider-review-woodchucks-private-reserve.html

I visited them back in August 2016: http://alongcameacider.blogspot.com/2016/08/the-great-vermont-cider-tour-day-3.html

As always, you can find out plenty online at the Woodchuck site: http://www.woodchuck.com/

This Launch of a new series in 2018 called the Tank Series, dedicated to innovation in cider making. This seems like an evolution of some of their previous limited-edition lines, but this one is focusing on cans. I’m reviewing a sample sent to me of the Pear Ginger.

Here’s how Woodchuck describes this one, “Pear Ginger is a cider that was released briefly in select markets in 2017 and won Gold at the World Cider Championships. Pear Ginger infuses both pear and ginger for a cider that is light and refreshing. Pear Ginger is the first of three new Tank Series available in 2018” 5% ABV. On their visual representation of dryness to sweetness this falls between semi-dry and semi-sweet. This is a cider base with pear and ginger added.

This cider is only available canned, because Woodchuck wants to aim this one for outdoor consumption. Cans do make that much easier.

This does seem very similar to their Summer Time Pear Ginger Cider from last year, which I reviewed here: http://alongcameacider.blogspot.com/2017/05/very-perry-may-pt-2-woodchuck.html 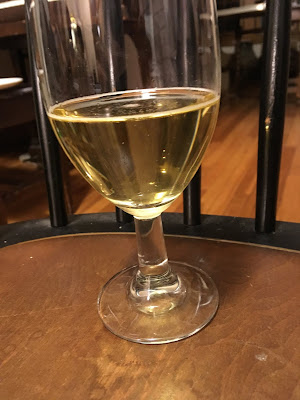 This pear cider has no haze and just a few bubbles. The color is pale straw.

Interesting! I think this smells like a ginger color or a tropical fruit soda. The intensity of aroma is real, but the aroma that appears in bountiful quality is mellow ginger, fruity, and just a hint spicy. Hence the seeming contradiction of intense and mellow.

I found it semi-sweet but not nearly as sweet as some Woodchuck options.

What a fun cider! The Ginger Pear works well in a can, but I got even more out of it once I poured mine into a glass. I like aromas and big flavors too much to keep my perries or my ciders contained all the time!

The Pear Ginger tastes tart, astringent, bitter, and stony. It surprised me. But that’s not the whole picture. This pear cider offers up lots of extremely bright fruit that blooms and blooms. I noticed very high acid but not in an unpleasant way. The fruity and tropical flavors include pineapple, coconut, and a really nice floral undertone.

In terms of texture, there are not really any tannins. On the other hand, the Pear Ginger has extremely powerful bubbles. It’s not very pear or apple like but very gingery! It’s a fun one to have with mild cheesy and bready accompaniments. I liked it with a very fresh goat cheese and freshly baked bread. 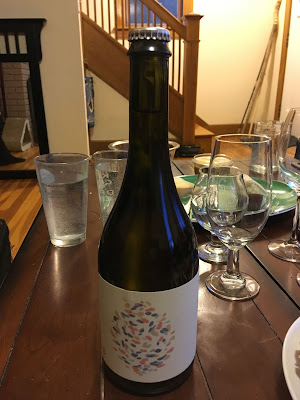 The second half of this review is my first review of anything by Sundstrom Cider. This Hudson Valley cider dates its first batch to late 2013. That was when I first had an abbreviated email exchange with founder Leif Sundstrom just after I left New York City for Ithaca.

Sundstrom focuses on heritage, crabs, wild, and cider varieties of apple, but most of all on making truly delicious and thoughtful ciders through choosing the right blend of apples for each bottling. Leif has great ambitions for his ciders and for Hudson Valley ciders. I picked up this bottle of Liminal from The Cellar D’Or in Ithaca (http://www.thecellardor.com/) because their staff knows my taste in ciders amazingly. I took one look at the list of apples and I had to try a bottle of the Liminal. 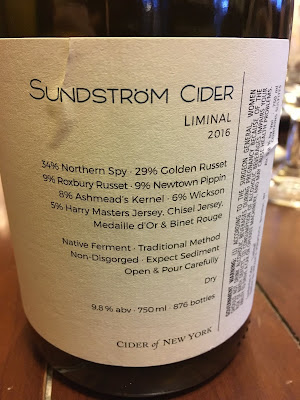 You can fine out more about them where I did in this great article: http://www.fishandgamequarterly.com/08-cider/

Or watch what they are up to on Instagram: https://www.instagram.com/sundstromcider/?hl=en

Here’s a description I found online for the Liminal, “Dry New York Cider. A blend of 10 different types of apple, made in the traditional method and using native yeasts. Only 876 bottles made! Liminal 9.8% ABV Hudson Valley” Check the label picture above for the full apple list.  Note also the wild fermentation and high ABV. This is really something out of the ordinary.

I asked Leif about availability, and this is what he had to say, "There are various retailers and restaurants in NYC and Brooklyn that still have the ciders. But I’ve been sold out since December."  He did suggest that Flatiron Wines in Manhattan would be a place to try. 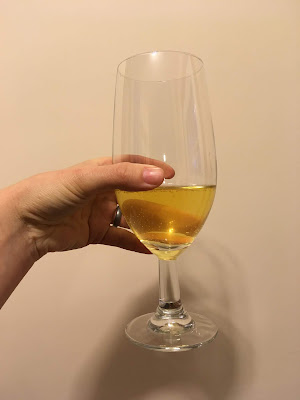 The Liminal looks lovely in the glass. It’s transparent and deeply hued with gilt. The bubbles are active and fun to watch. It did get less transparent with each glass poured, which is not a surprise for a non-disgorged cider.

I know when I saw ginger in this post, the association will be with actual ginger, but this is more like a suggestion of ginger to the aroma along side many smells I associate with high tannin and high acid ciders: dust, stones, and tart lemon.

This is a dry, high acid, cider! No doubt, all delicious.

Holy wow! This is an intense cider, and I really like it. The acids are high and pointed. It’s sharp and zesty. The aroma elements I noticed of dust and stone do translate into tannic presence. But I don’t want to imply that this cider is only austere. It’s also fruity in a dry and exciting way. I got piles of fruit aromatics and flavors including, lemon, quince, persimmon, and again that spicy presence of ginger.

This is a very exciting cider that happens to use some of my favorite apples, including Wickson Crab and Northern Spy. I don’t think this is a coincidence. I enjoyed my cider with picnic meal of strawberries, black berries, hard cheeses, hummus and hearty wheat crackers. It balanced well with these different flavors and textures, all in all, a totally delightful cider! 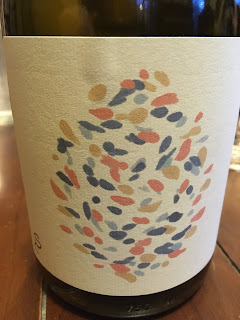 And now, I'm even closer to GLINTCAP than I was at the start of this post!
Posted by Meredith at 7:26 AM