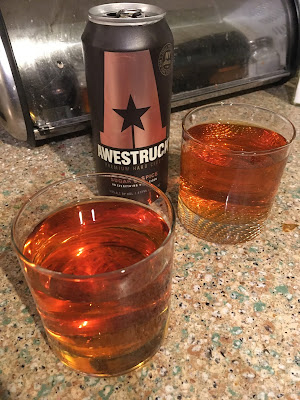 The fickle spring weather is here with all of its balms and blusters. Earlier this week, I had to dig out my sandals so I could feel warm sunbeams on my toes. But today, we’re back to being bundled up, and snow could be in the forecast. This is why I’m returning back to a regional brand I reviewed only a month ago: Awestruck. The kind folks at Awestruck shared samples of their new Sugar and Spice cider with me, and I wanted to take advantage of this temporary chill for this very cozy time cider.

Here are all of my reviews for Awestruck! Because they just came up a month ago, I’ll refer folks to these reviews to learn more about this upstate New York cidery.

Hibiscus Ginger: http://alongcameacider.blogspot.com/2015/10/cider-review-awestruck-premium-hard.html This cider made my 2015 top ten!

If you check out Awestruck online, you can learn more about all of the ciders: https://www.awestruckciders.com/Index

This review is a little different. Often, in pre-Covid times, when I had more than serving of a sample, I’d have friends over and get multiple notes from friends in person. That wasn’t safely possible this time, so I did two different cider drop-offs to friends whose tastebuds I trust. Thank you Cara! Thank you Dave! I also sampled and photographed a can of the cider here with one of my go-to co-tasters. So this review is the result of four different people carefully thinking about this cider while sampling.

Here’s the official description from Awestruck.

What is really good cider made of? Apples, mostly. But we think adding just the right amount of sugary sweetness, steeping it with whole, oven toasted cinnamon sticks, cloves, allspice, real vanilla bean, and infusing it with edible glitter! - well, that just makes it extra nice. 6.8% ABV 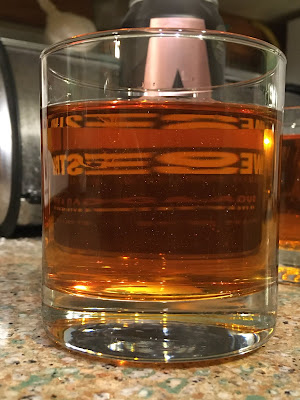 I must say, I’ve never seen a cider like this! I’ve heard of glittery beers, but I’ve not seen it in cider. One of my fellow samplers said that its a hard thing to get right in terms of being a fun feature but not overwhelming the appearance of the beverage. This was lovely. The color is a warm tawny orange with great intensity. I can see the glitter, but it doesn’t obscure the transparency of cider or that eye-catching color. It just adds sparkle!

It smells like the cold version of a mulled cider. It smells super autumnal and like apple pie. I fully expect a sweet and spicy cider based on these dessert notes of vanilla, cinnamon, and baked apple.

Holy sweetness, Batman! The Sugar and Spice is a very sweet cider. Based on the name, that’s not a surprise. This is one I’ll recommend specifically for folks who want a dessert cider or who know that they prefer the sweet end of the cider spectrum! All tasters agree here!

All of the mulled cider notes present in the aroma were back in an even bigger way when tasting this cider. It even tastes thicker than most hard ciders. Some of that is likely the sweetness; it has an almost cream soda mouthfeel. The Sugar and Spice tastes so much like apple pie!

We all got intense wafts of cinnamon and vanilla. Throughout the whole deinking experience this stays reminiscent of a mulled cider. One taster found that the ABV gave it a slight alcohol warming effect. We agreed that this would be excellent in December, perhaps as a reward for shovelling snow. The sweetness is balanced by the acidity to a degree and further aided by the mild bitterness of the spices. The Sugar and Spice doesn’t bring any tannins, but the acidity is medium high. In a can this size, it’s really best to share. There’s a lot of flavor in each sip!

I also heard the wonderful idea from one of my distanced co-tasters that one could turn the Sugar and Spice into a glittery and sweet syrup to drizzle over a pound cake or something with roasted apples. I think that’s a gorgeous idea, and if anyone tries it, please send me pictures!

I had this cider as a dessert, but I’ll show you my roast cauliflower and salmon meal that I had first! This cider could go well with many things, but I think it might be most fun with New York style cheesecake. 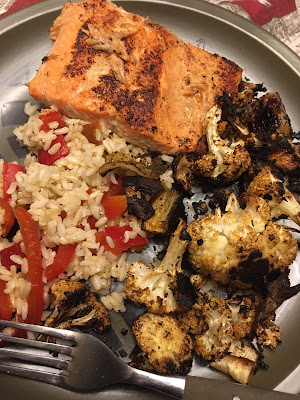