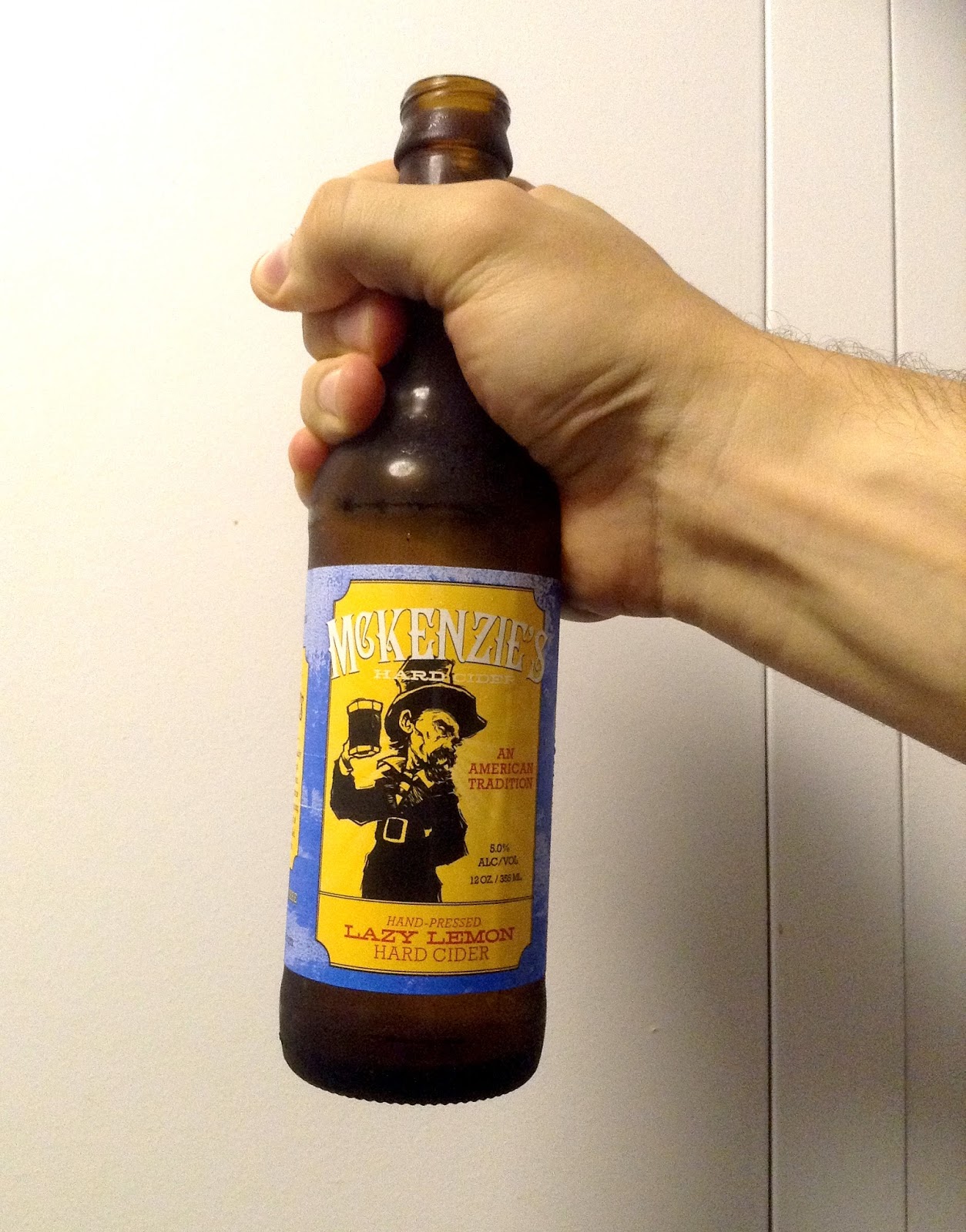 McKenzies Hard Cider is produced in New York State south of Buffalo in West Seneca. I reviewed the flagship cider from this brand earlier in the summer. You can can see a more complete brand intro and how that cider fared here. You can also find out some information about the brand from their own website.

Here's what they say about themselves, "McKenzie’s Hard Cider was founded in 2011 by Lenny Ciolek in Buffalo, New York. Lenny played a crucial role in the success of the Mike’s Hard Lemonade brand and was able to secure distribution for McKenzie’s utilizing existing relationships and a grassroots method of marketing. McKenzie’s currently produces 5 different varieties of hard cider; Original, Black Cherry, Green Apple, Seasonal Reserve (cinnamon and nutmeg) and Lazy Lemon (lemonade blend). Its varieties have received several awards including Double Gold Medal for Black Cherry, and Silver Medals for Original and Green Apple at the 2012 New York Wine & Food Classic. McKenzie’s can be found at a bar near you, or at Wegmans and Tops grocery stores, where it is the best‐selling hard cider." Now that I live in Ithaca, that Wegmans reference has a whole new meaning for me. It is the grocery chain of the region and much beloved. (For my Florida friends, people here love Wegmans as much as Floridians love Publix.)

Today I'm reviewing McKenzie's Lazy Lemon. This is definitely the first lemon cider I've seen for sale, but many ciders have citrus notes, so the pairing is fairly logical. Furthermore, I've enjoyed shandies, a mix of beer and lemonade served ice cold, and this could well be the cider answer to a shandy. Informed by these two associations, I have hope that this will surpass many of the six-pack ciders I've tried lately.

Their product description is more playful than informative, but I'll share it here since it has disappeared from the official website for the year. "Pucker up! You're going to love this little tart. Lazy Lemon has a burst of citrus without the acidic bite, giving long carefree days a zesty punch of refreshing flavor. Serve Chilled. Kick back and enjoy often." 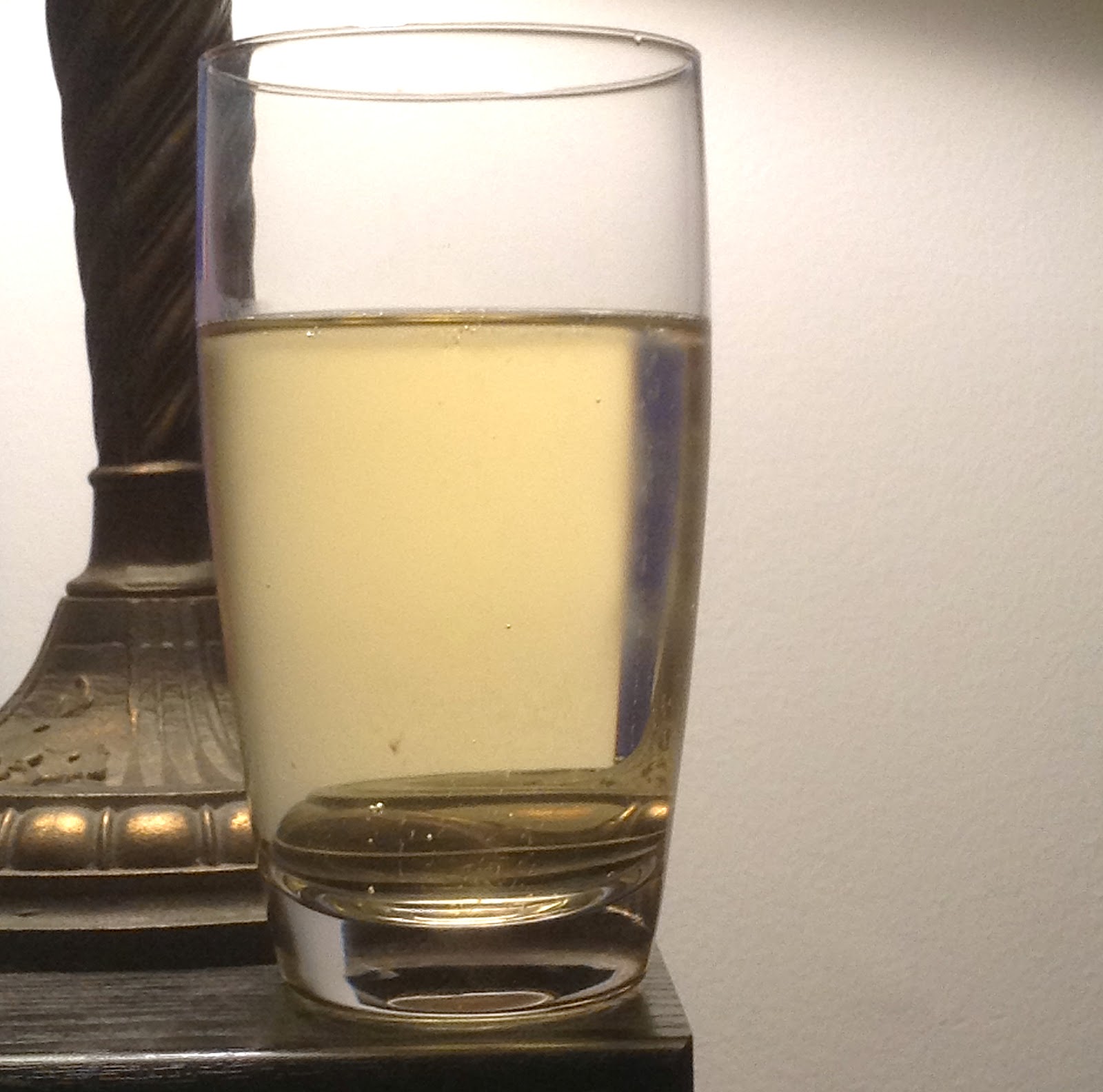 When poured I see almost no visible bubbles in the Lazy Lemon. It has a lovely pale color, almost like fresh corn on the cob. The clarity, as the picture suggests is brilliant. You could read text through this easily.

The cider gives off a genuinely intriguing aroma. It smells very pleasantly rocky and citrusy. Rather like some white wines. So far, my hopes are not disappointed.

I'm tempted to just leave it at that. It doesn't taste like apple or cider. The Lazy Lemon is easy on the carbonation, which is a plus. It has some mild tartness that cuts the sweetness pleasantly, but that could be stronger. It really does taste like a slightly boozy sparkling lemonade.

Ice actually helps mend the level of sweetness, so I'd say break the traditional cider rules. Pour this one on ice if you want to enjoy a the Lazy Lemon at its best. It isn't very cidery, so I'm not sure the rules really apply.

The other two things you could do are either add a scoop of super tart sorbet or gelato and just turn it into a float or get a lager and make a shandy-esque lemon + cider + beer blend. If anyone tries either of these, please comment and let me know.